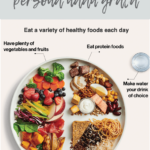 Is the latest version of Canada’s Food Guide culturally inclusive?

Canada’s latest Food Guide – a nationwide institution that serves as a reminder to make healthier choices – was released at the beginning of January.

The Food Guide remains the most read document produced by the Federal Government. According to research conducted by Angus Reid Global, 34% of citizens have changed their diets after the revised version of last year’s Food Guide was published following a 12-year gap.

Is Canada’s Food Guide Good For Everyone?

This year, Canada’s Food Guide was produced after careful research and public consultation in the form of surveys. It certainly is impactful and contains recipes of nutritional value, but ultimately the Food Guide still caters to a Western concept of what a healthy diet looks like.

We can all agree how inclusive and culturally diverse this beautiful country is. However, Canada’s Food Guide is lacking in a variety of ethnic flavours. Apart from a couple of Middle Eastern dishes and one vegetable curry, there is no other mention of South Asian, Oriental or African health foods.

Prior to its publication, the Government carried out consultations in order to engage more Canadians in the creation of a perfect Food Guide. Yet, during the engagement process, there were no introductions to cultural cuisines or ethnic food groups. The official website states that the snapshot of Canada’s Food Guide indicates cultural relevance. But does that include all ethnic minorities or solely Western culture?

The Guide is also translated into a number of different languages, including Urdu and Hindi. In spite of that positive step, how will the Government encourage readers of said languages to participate in the Food Guide, when there is little to no mention of meals from their culture?

Canada’s Food Guide further states that the country is multicultural; thus, there is a need to include a variety of cuisines. However, we don’t see foods from other ethnicities on the plate model. There are several other questions that arise from this discussion. For example, if the next Food Guide is more diverse, how does the Government plan to facilitate its implementation into other cultures? How will it encourage Western Canadians to try healthy diets originating from ethnic minorities?

We can all agree how inclusive and culturally diverse this beautiful country is. However, Canada's Food Guide is lacking in a variety of ethnic flavours. #CanadasFoodGuide2020 #dietitian #nutritionpolicy Click To Tweet

For instance, salmon is packed with antioxidants such as astaxanthin and omega-3 fatty acids. Grilling it with asparagus and a tinge of honey mustard makes up for a wonderfully robust meal. Nevertheless, this is the Western version of how salmon can be consumed healthily. One South Asian alternative is tandoori salmon – lightly relished with yogurt, olive oil, garlic and ginger. It retains all its original nutrients and is packed with flavour. Similarly, the Japanese cook it in a special teriyaki sauce, which is a traditional way of preparing the meal.

This is where more dialogue needs to take place between Government-led projects and civil society. After all, who is better equipped to convey their needs than the people who consume conventionally healthy diets?

For example, Canada’s South Asians are at a heightened risk of chronic diseases such as cardiac conditions and diabetes when compared to their Western counterparts. A significant chunk of the healthcare budget is spent treating these illnesses, which is a massive strain on Canada’s economy and overall quality of life. In our daily routines, one of the greatest sources of empowerment is that we are fit and healthy. Equally, chronic diseases or long-term health conditions can be extremely disempowering for sufferers. When coupled with the simple fact that governments often struggle to engage and reach those who are disempowered – by their lifestyle, race, religion, or otherwise – we have a recipe for disaster that leads to perpetual lack of representation in official documents such as the current iteration of the Food Guide, and also continues a cycle of disenfranchisement in the goals of the document.

Keeping this in mind, there is still no strategy to tackle this longstanding issue. There aren’t currently any official committees that devise culturally inclusive food policies and nutritional guidelines in order to direct South Asians and other ethnic minorities on a path towards healthier eating. This is an extraordinary and obvious disempowerment for these communities in our nation.

Although government action can and should help, perhaps a more obvious solution exists – that being civil society and taking a ‘help thy neighbour’ attitude.

Civil society is a powerful mechanism for outreach to the most disenfranchised and disempowered in our society. Health campaigns at a local level, taking a concerted effort to reach vulnerable groups, and engaging those who are already invested in their local communities can all arguably have more impact than direct action from ‘on high’. Viewed through this lens, the Federal Government has an obvious and effective way of making iterations to the Food Guide in the future.

Although, action led by experts who inform government policy, should remain the core of decision-making, it is vitally important that those being targeted – in the case of the Food Guide, Canada’s citizens – have the opportunity to influence and control health advice.

This bottom-up health policymaking already has significant advocates – not least in the World Health Organisation, whose 2017 paper ‘Civil Society and Health’ should act as a roadmap for the next iterations of the Food Guide.

Canada’s Food Guide is an imperfect but important start, with plenty of room for improvement. It must recognize the strong need for nutritional guidelines, which are also culturally inclusive. Moreover, it is our duty to educate people about better living by formulating guides that sit at the crossroads of healthy, relatable and familiar.

Meanwhile, we must also begin to consider the means of effecting change from the bottom up in society, rather than solely relying on top-down action. By doing so, we will be able to create a Food Guide that is truly inclusive and representative of Canadian society and not persona naan grata! And that it openly encourages people to opt for a healthier lifestyle and make better dietary choices.

I’d love to hear your thoughts on Canada’s Food Guide 2020? Do you use it? How do you think it could be more inclusive of ethnic foods and cultures? Leave me a comment below.

Eating THIS daily could slash your risk of heart disease…by almost a quarter!
Leaving Judgements Behind Makes Us More Mindful Eaters
Struggling With Bloating? 5 Ways To Banish The Bloat And Get Relief
How to Stop Emotional Eating During Social Isolation | Desi~licious RD 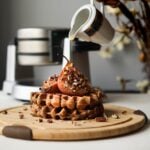 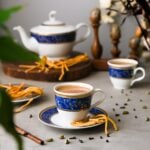 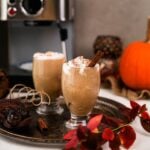 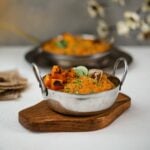 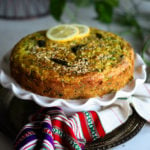 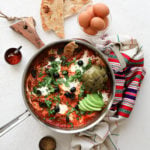 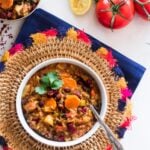 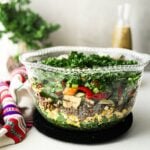 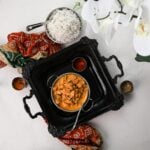